Hey all! Very excited to release the book cover art for Stranded in the Stars, Book II! Some blood, sweat, and laughs went into its creation. 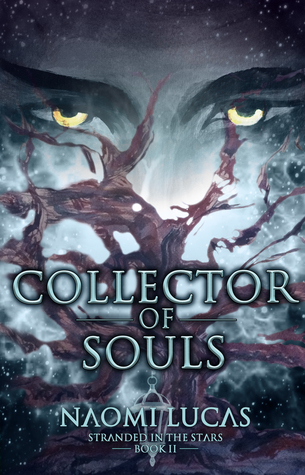 Ophelia is a half-breed, half-Earthian, half-Trentian. She was raised on a backwater planet on the outskirts of a Trentian controlled sector, on a planet that was so far out in the fringes that the intergalactic council barely knew of its existence.

One day changed her life. When she was brutally examined to see if her body was viable to procreate– she was found barren. Running from the news, the terrible confession of her womb, the brutality of her situation, she finds herself willing to give up her soul for a second chance at life.

What does eternity mean to a girl who doesn’t understand the concept? When she accidentally summons a mystic force from the ancient ages of Earth?

When science and the supernatural collide?

Seraph is a Soul Collector. His eternal profession is to bargain for the souls of the living in order to control their ether in the afterlife. He has been sitting dormant for millennia as his profession phases out with the Age of Science, the Age of Space, and the Age of Intergalactic travel.

When he is summoned from his realm by a dying half-alien girl, his static existence takes a turn for a techno-supernatural adventure.