Thank you all for being so patient! 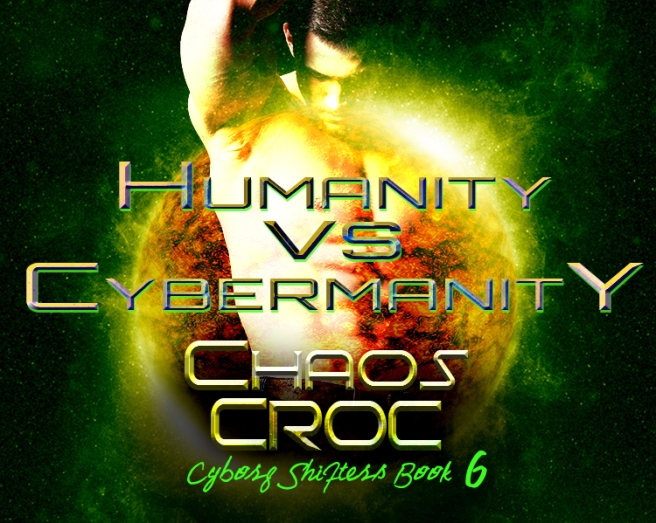 Janet was a maneater.

She knew what men wanted, took what she pleased and used that to her advantage. But the men who lived in the small colonies on her home planet were not the same as those who traveled and conquered the universe. They were nothing like the Cyborgs who showed up to solve all her family’s problems, especially the green-eyed god who crowded her space.
So she used him like she used the rest—and bit off far more than she could ever chew.

Zeph carried a demon on his back, one that scratched at the inside of his skull relentlessly. No one would guess that the neon green knight had a terrible secret, not with his charm and his lies. And because of his charisma, his razzle-dazzle darkness, the EPED used him for all he was worth. But sometimes missions can’t be fixed with diplomacy. Sometimes you have to follow your own instincts—even a croc’s instincts—to go after what you really want.
He wanted Janet. He wanted to keep her.
But the demon wanted something else entirely.

One thought on “CHAOS CROC is finally up for preorder!”